If we look further than the psychological concepts, the most plausible reference point is still sports coaching.
The main thing we recognise in our famous coaches is their qualities as leaders of men and fighters.
These trainers believe in their players and yet at the same time they allow them to grow.
The coach is an adviser who always knows how to nudge his competitor in the right direction so he can take the initiative and how to strike the right balance between strategy, technique and the physical and mental aspects.
The competitor becomes part of a process involving clear actions about which he can “have his say” rather than remaining focussed on a negative internal “cursing” state.
He reaches the point where he can string together a sequence of results independently and this work comes as a result of what he himself creates: his own work and performances.
So the basic principle is the idea that a person can release his potential and develop his skills, but that to do this he has to be supported and helped to get the most out of his talents, qualities and resources.

In the coaching process, there is a huge difference (to put it mildly) between the sports coach and the business coach.
The sports coach has the great advantage that he actually gets to see how the people he is coaching develop in situ, which is very unusual for the business coach.
This is why in business it is so important to create the right conditions for individualised support, encouraging or making the most of a person or a team’s ability to act quite autonomously.
The people who are being coached need to feel that they know what they are doing with tools, with positions, with attitudes, with automated systems used to perform specific actions in terms of measurable results in various fields where1 they need to decide, assess, approve, reward, manage, imagine, negotiate, stimulate, etc.

There is no such thing as an “impossible” target.

When you are faced with any situation, even if it is unfair, unfavourable or unacceptable, the first reflex you need to learn is not resignation but rather the exact opposite: a spontaneous and instinctive reaction encouraging you to fight, to be aggressive, to show willpower, to play and to win.
On the one hand this helps to bring relief, to lighten the load of what is at stake whilst at the same time hanging onto all the fun of playing the game for its own sake, consolidating your position and remaining true to yourself.
The game is all about drawing on your talents and exploring different patterns of behaviour, setting up an active dynamic to obtain new results.
One advantage of this behavioural rule is that it helps to frame the personal development process to an extent involving the objective elements of time, money, quantifiable results, etc.

1 Translator’s note : The French here is actually “ou” (or) and this problem comes up at various places. Here it’s fairly clear that “where” is meant.

The approach becomes structured, readable, simple and, above all, it can be modelled in a way which goes beyond the comfort zone of the “special” conditions provided by the support being offered.

It is perfectly suited to the world of business where we need to be able to act very quickly, to anticipate and stay ahead of all of the external influences.
We cannot be passive or we run the risk of finding ourselves in a position where we need to justify ourselves, so we clearly mark out our position as a leader, we lead the dance taking our partners in the direction in which we want to go.

We may fail… but then failure can teach us a great deal and trigger a new initiative which will help us to develop our skills.

And yes, unfortunately we do not win every time… at least not always at the first attempt!
The most important thing is to give greater meaning to what comes out of a series of victories, projects and work.
We take greater pleasure in travelling along under a bright starry sky, encouraging energy, confidence, dreaming rather than “standing firm” in the full light of day, dazzled by the glaring light of the projectors.
The most important thing is to be part of something which is constantly moving forward, to throw yourself into it, to give it everything you’ve got.
We learn that even though a battle may look like an uneven contest, it can still be worth fighting.
The major lesson to be learned is in the victory of the individual path taken before squaring up to the other person.
It is vital to feel that you are always right to believe, to find a way of improving, of getting better, feeling more at ease, enjoying it more, feeling more secure… feeling greater confidence.
There is another point which is important in both sport and business: we do not always treat an issue in the same way whether it is strong or weak (parallel in business: do we need to set up two quality systems: one for large clients and one for all the others?)
This is the best way of regulating the pressure and of drawing the whole of the movement up towards a high level of performance, quality and recognition.
In both cases (sport and business), the process remains exactly the same and is thus kept under control.
Even if there is not a great deal at stake, we tackle it unpretentiously and, above all, we must not take it lightly.
There would be too great a risk of leaving other people a free hand and of creating a belief: “they are in a position of weakness!”

The business world is infinitely complex because there are multiple factors involved in the taking of decisions and we do not always know a great deal about them in advance. To draw a parallel with sport, the idea of fighting takes the form of a constant challenge where it is more important to consolidate yourself, to show your personality and to show the people around you that they really can count on you than it is to win every single battle.
You learn to show strong values by being demanding, showing respect and using discernment in order to work for a vision which is shared and accepted by the team.
On a personal level, in both sporting and professional terms, it is important to learn how to reward yourself.
In NLP (a number of whose tools are suited to this form of support), this reward is supported by using the whole of its emotional dimension by means of an anchoring technique.

More generally speaking, even with yourself, a victory gains something by being symbolically underlined by the fact that it is actually recognised.
Stressing the importance, the rarity, the joy, the release of your emotions leads to a total integration of the process and creates the first step in the vision of the next destination…

MANagilité®  as a tool for individual motivation or team cohesion.

Where
When the manager meets the Champion.

The MANagilité® concept can be considered as another way of learning in addition to all of the technical specialisations.
When used in engineering training, for instance, is this not an opportunity to learn positions and attitudes which will help to encourage managerial agility?
He will learn to modify his thought system, to set his targets as part of a vision or a project loaded with meaning – which is exactly what a top competitor attempts to do.
He will know how to mobilise his resources, his talents and his environment within a “philosophy of actions” very similar to that embraced by champions.
The acceleration of the business world requires increasing energy, the taking of risks, commitment, intellectual acuity, vision and anticipation (targets, stages), seduction, co-ordination of partners, etc.

MANagilité® allows him to learn enough flexibility and automatic responses to make the most of his energy and resources.
The agile manager becomes a major player, someone who is capable of seeing business opportunities before anyone else, who can see how to set up the kind of organisation which can turn the opportunity into profit before anyone else does, even against a general background of uncertainties and risks. 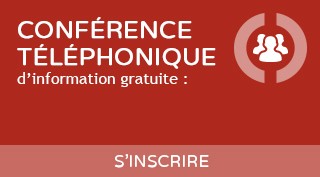